Some things I’ve learned about change. Part One: Think whole-system, but tell a simple story.

You can’t add to a broken – and broke – system. There isn’t the space, the money or the energy. Adding strengths-based work to a system that only sees problems and only values quick fixes won’t work. For our work to grow, ultimately, we have to be prepared to replace what doesn’t work as well. That part of changing what a system does is the hardest, and rarest kind of charity work. I despair that we still chuck public and charitable money at pilot  projects, with no real plan or ambition to move resources from what we had before to the new approach, if it proves itself. The familiar, infuriating story is, “the new initiative met its targets and people liked it better, but there was no money to continue it after the project funding ran out”. This is never strictly true: the money to continue – and to expand – was there. It’s the money that’s being spent on maintaining the existing services, but no one had the courage, or the will, to shrink or shut something else to make room for the new. It was easier to carry on with what was there before, even if it doesn’t work as well as the alternative. 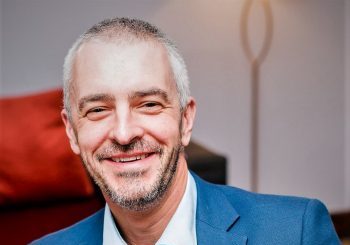 So it’s never enough just to think about what we do ourselves; we have to think whole-system. The starting point for us at Shared Lives Plus has been to find like-minded organisations which share our values, and to build alliances which demonstrate that we are more than the sum of our parts, and to generate some momentum and sense of collective scale. These need to include equalities organisations unless we are to perpetuate our sector’s own inequalities.

On its own, that isn’t enough to generate systemic change though, so, the next step for us was to build alliances with budget-holders and decision-makers. Many small organisations shy away from this, for fear of being asked to corrupt what they do to fit the priorities of a broken system. But there are allies out there in ‘service-land’, who want systemic change just as much as we do, and without talking to them, it’s hard to make any inroads. The Social Care Innovation Network we initiated with SCIE and TLAP tried to work on this basis and the Asset-Based Area model describes what this change looks like in ten steps.

Thinking whole-system is complex, and talking about it can sound abstract and long-term, which gets in the way of engaging the busy people we need to convince. So the more ambitious we are about change, the more important it becomes to tell a clear, simple, human story about change. We are social creatures – we want to hear stories we can related to. People’s stories are many and unique, but we can always find themes within them. So our challenge is to build on those human stories, find their themes, and draw people in to a conversation about the inhuman systems and bureaucracies that we are trying to change or replace. We need that complexity in our thinking, otherwise we oversimplify what keeps people in bad situations, or stops them from living good lives. We need to make the invisible asylum visible.

But that deeper conversation starts with very human stories like this one, which my colleague Meg told so powerfully about her journey out of the medical system, and towards finding herself, through Shared Lives.

Shared Lives Leicestershire to the Rescue

A Holiday of a Lifetime

Some things I’ve learned about change: Part Five – Successful influencing can be allyship as much as leadership